Nikki Gour completed her Bachelors of Fine Arts Degree at the Alberta College of Art and Design in 2006. As an Artist, Nikki has had the opportunity to create works for the Calgary Science Center, and the Down Town Charity Garden Auction, where she won The Best Overall Design Award. Having spent some time as a visiting Artist throughout Alberta, has brought her to working with The Alberta Teachers Association in 2008. Articles about Gour’s exhibitions are published in the Stephen Magazine, the Calgary Journal and the Peace River Record Gazette. She has become a leading artist in her community, working with the Boys and Girls Club, the Bowness Community Association and Urban Youth Worx, creating large sculptural murals. Her talents vary in a wide range of mixed media paintings and sculpture with objects and materials to strike her ideas. Nikki has exhibited her works throughout several galleries within Alberta including Art Central, the Endeavour Arts Gallery and the Fairview Fine Arts Gallery. Several of her works have been donated to different fund raiser events throughout Alberta to help raise funds for important causes. She has created several public and private commissioned pieces and continues to work towards further development of her practice, creating glass paintings and metal sculptures.

Currently Nikki is working with the concept of reflection and shadow to create a whole new dimension. The main focus of her work is letting the material transform into a new form, giving it a whole new meaning. Gour has the intentions of continuing to exhibit and sell her work throughout Canada and internationally. 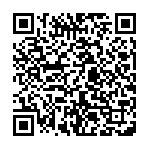